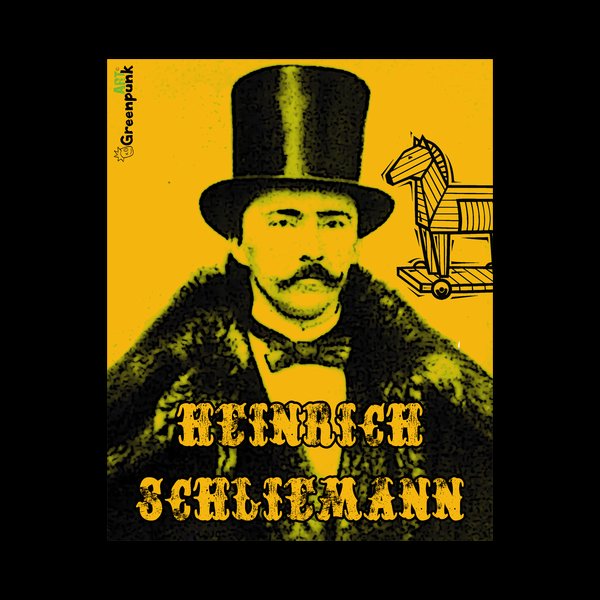 Heinrich Schliemann Troy by McPitu
Heinrich Schliemann (German: [ˈʃliːman]; 6 January 1822 – 26 December 1890) was a German businessman and pioneer in the field of archaeology. He was an advocate of the historicity of places mentioned in the works of Homer and an archaeological excavator of Hisarlik, now presumed to be the site of Troy, along with the Mycenaean sites Mycenae and Tiryns. His work lent weight to the idea that Homer's Iliad reflects historical events. Schliemann's excavation of nine levels of archaeological remains with dynamite has been criticized as destructive of significant historical artifacts, including the level that is believed to be the historical Troy
Tags: archaeology, archaeologist, troy, homer, iliad, history, german, businessman
SUGGESTED ITEMS
$24.95
Free Shipping Info & Our Quality