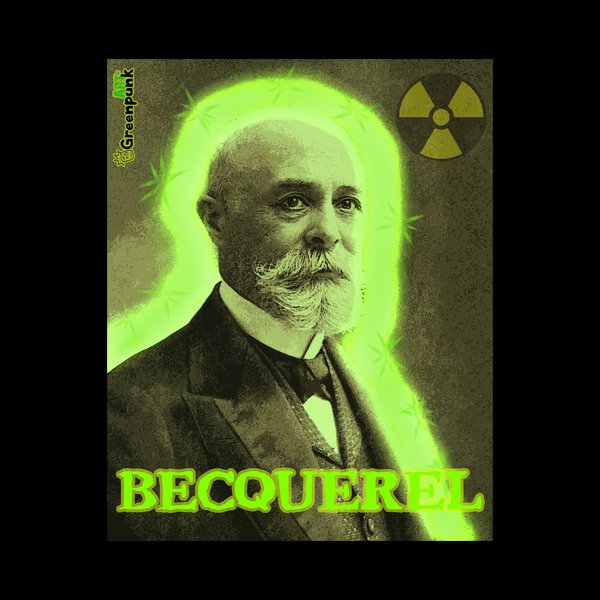 Amtoine Becquerel by McPitu
Antoine Henri Becquerel (15 December 1852 – 25 August 1908) was a French physicist. He was awarded the Nobel Prize in Physics in 1903 with Marie Curie and Pierre Curie for his discovery of radioactivity in 1896.[1] This happened when a piece of pitchblende ruined some photographic film and he investigated. Other scientists had seen film similarly ruined but did not discover why.
Tags: science, radioactivity, nobel, french, scientist, marie curie, physic
SUGGESTED ITEMS
$24.95
Free Shipping Info & Our Quality