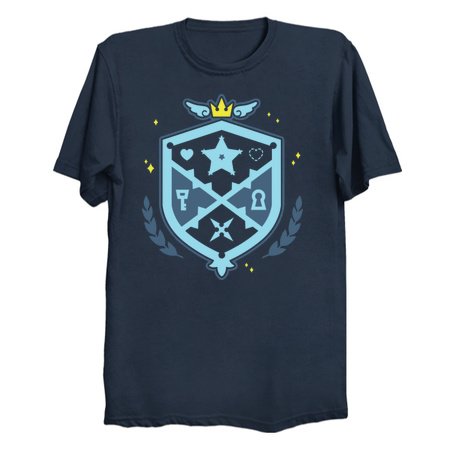 When Sora returned from his adventure into destiny he brought two things back with him- a blade shaped like a giant key and a shirt that featured the Kingdom Krest.

The key blade helped him destroy the heartless enemies that plagued the land, while the crest on his shirt helped remind him of his grand fantasy adventure with his friends Donald and Mickey, and of course the princesses who stole his heart.

Sora would never forget his final days in that far off kingdom, nor would he forget how much he’d helped the world by foiling the plans of that maleficent villain…