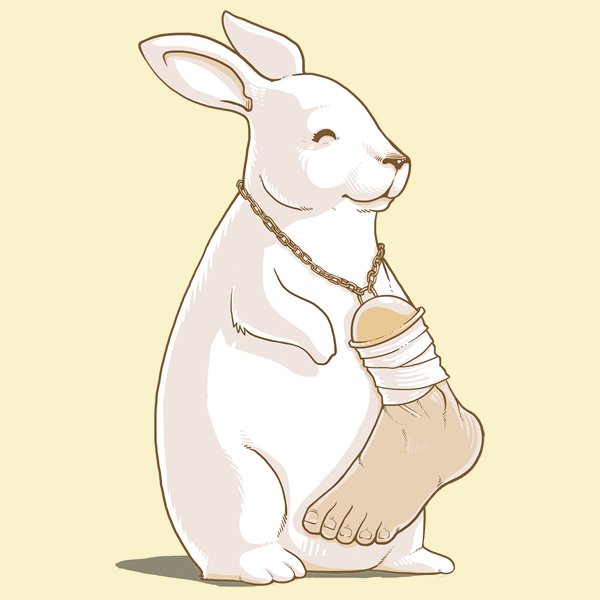 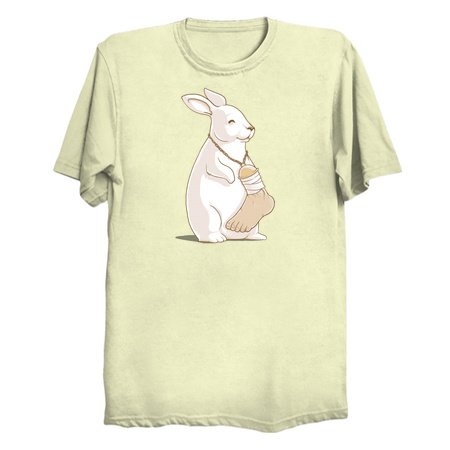 The rabbit they call Lucky didn’t get that way by accident, Lucky made his own luck by taking action against the people responsible for leaving over a million of his brethren legless each year.

Lucky was a rebel, a revolutionary, and he wore the tiny foot around his neck as a way to proudly display his defiance against humanity.

But when that foot began to smell, and Lucky’s cause sent the rabbits in his burrow packing, he had to face the fact that wearing a severed foot around his neck wasn’t going to bring him luck any more than those rabbit’s feet changed the luck of their human owners.

Support the cause of revolutionary rabbits like Lucky, throw on this Lucky Rabbit t-shirt by Naolito and maybe you’ll get lucky after all!