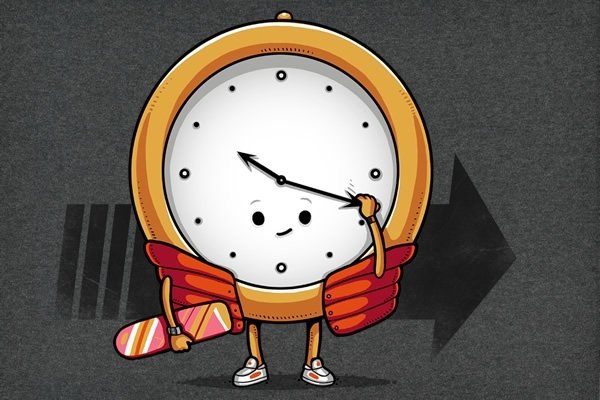 When Clocky said he was going back to the future nobody understood what he was talking about, and they assumed he was making some sort of vague time related joke as he was prone to do.

But the next time they saw Clocky he was wearing some mighty strange clothes, and carrying some strange floating skateboard, and they knew that he had actually done it- he had travelled through time to a future full of fun clothes and fancy floating boards!