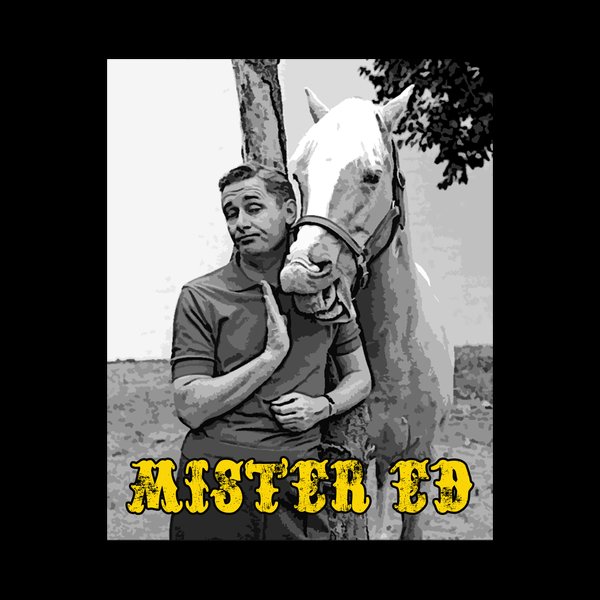 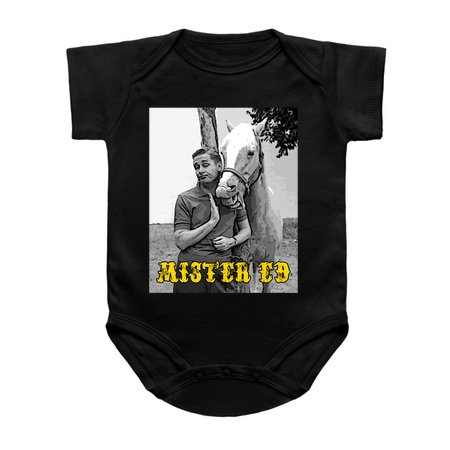 Mr Ed 60s by McPitu
The show in effect had two leads operating as a comedy team. The title role of Mister Ed, a talking palomino, was played by gelding Bamboo Harvester and voiced by former Western film actor Allan Lane. The role of Ed's owner, a genial but somewhat klutzy architect named Wilbur Post, was played by Alan Young. The Posts resided at 17230 Valley Spring Road in the San Fernando Valley of Los Angeles.[9] Many of the program's gags follow from Mister Ed's tendency to talk only to Wilbur, his skills as an obnoxious and inconsiderate troublemaker, and his precociously human-like behavior that far exceeds anything those around Wilbur expect of a horse. A running gag is other characters hearing Wilbur talking to Ed and asking to whom he is talking. Another running gag centers on Wilbur being accident-prone and inadvertently causing harm to himself and others. According to Lubin, Young was chosen for the lead role because he "just seemed like the sort of guy a horse would talk to".
Sale Price: $24.95
Tags: television, tv series, tv show, sitcom, usa, 60s, horse, cult
SUGGESTED ITEMS
$24.95
Free Shipping Info & Our Quality