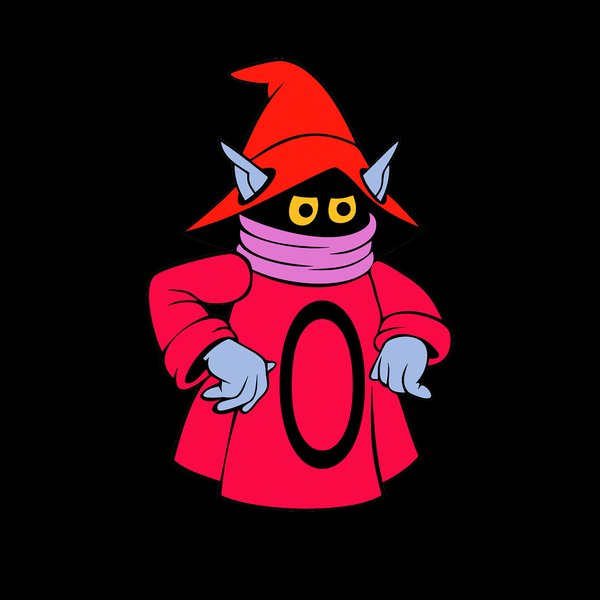 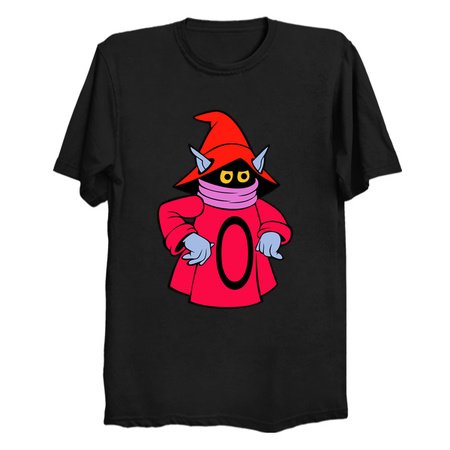 Orko magician by McPitu
Orko is first introduced in the 1983 animated series. Orko is a Trollan, a race of beings from Trolla, a world in another dimension. Trollans wear red robes, red hats, and hide their faces beneath hats and behind scarves. In Trollan society, showing one's face to each other is considered an intimate act, similar to humans sharing a kiss. A production drawing of Orko without his hat showed him resembling little blue elf, but it was never used in the series. Orko does reveal his face in the episode "Dawn of Dragoon", but his face is not visible to the audience, though his shadow indicates he is bald. Trollans appear to be blue-skinned humanoids with pointy ears. However, their feet remain hidden under their robes. Trollans have natural magical abilities, including levitation, which they use exclusively instead of walking. In one episode, Orko temporarily loses the power of levitation, and can be seen crawling around on his knees. Still, some Trollans have greater magical power than others; Orko's uncle, for example, is a noted magician.
Sale Price: $24.95
Tags: manga, otaku, comic, anime, japan, tv series, television
SUGGESTED ITEMS
$24.95
Free Shipping Info & Our Quality