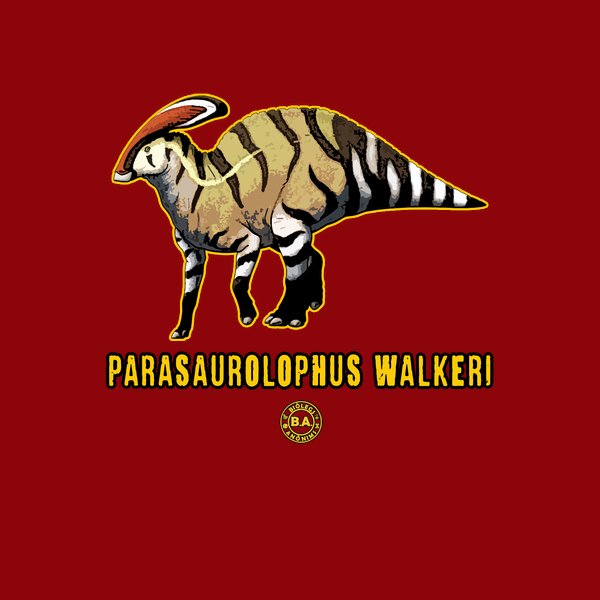 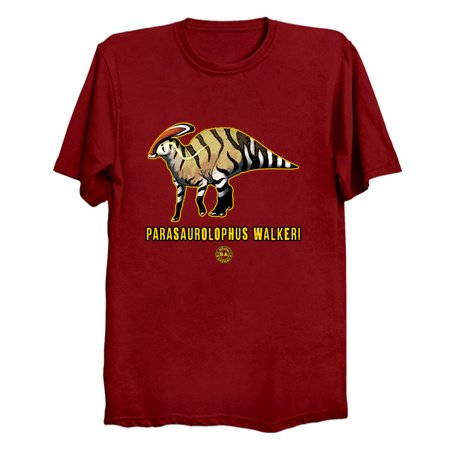 Parasaurolophus walkeri by McPitu
Parasaurolophus (/ˌpærəsɔːˈrɒləfəs, -ˌsɔːrəˈloʊfəs/; meaning "near crested lizard" in reference to Saurolophus) is a genus of herbivorous hadrosaurid ornithopod dinosaur that lived in what is now North America and possibly Asia during the Late Cretaceous Period, about 76.5–73 million years ago.[2] It was a herbivore that walked both as a biped and as a quadruped. Three species are universally recognized: P. walkeri (the type species), P. tubicen, and the short-crested P. cyrtocristatus. Additionally, a fourth species, P. jiayinensis, has been proposed, although it is more commonly placed in the separate genus Charonosaurus. Remains are known from Alberta (Canada), New Mexico and Utah (United States), and possibly Heilongjiang (China). The genus was first described in 1922 by William Parks from a skull and partial skeleton found in Alberta.
Sale Price: $24.95
Tags: dinos, dinosaurs, prehistoric, science, animals, zoology, biology
SUGGESTED ITEMS
Reg. Price: $24.95
ON SALE   $19.95 (Save 20%)
Sale ends in 6 days
$24.95
Free Shipping Info & Our Quality