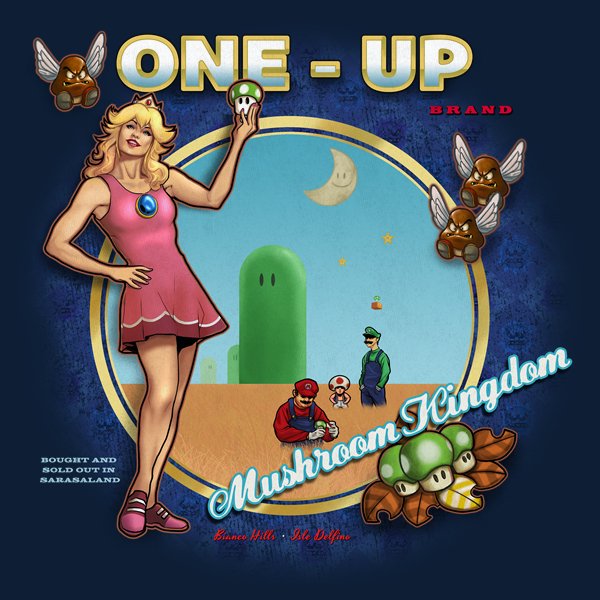 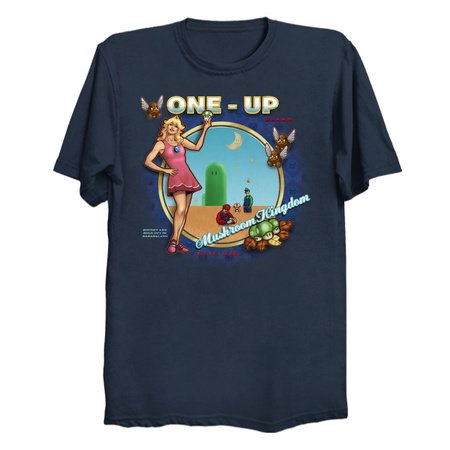 There was no doubt in the mind of the citizens of the 'Shroom Kingdom that the best album that ever came out on the Famicon record label was Mushroom Kingdom by One-Up, the amazing 8-bit ska band led by the extremely talented Gwen Peachani, aka Princess Peach.

Their biggest hit came in the summer of 1985 when their song “Just a Princess” went platinum blonde, temporarily overshadowing the fame those super Mario bros were enjoying after defeating the evil warlord Bowser.

Sadly, One-Up’s fame wouldn’t last, and their subsequent releases tanked faster than a kart driving off the Rainbow bridge, and Gwen was forced to return to her pampered, but boring, life as a princess.