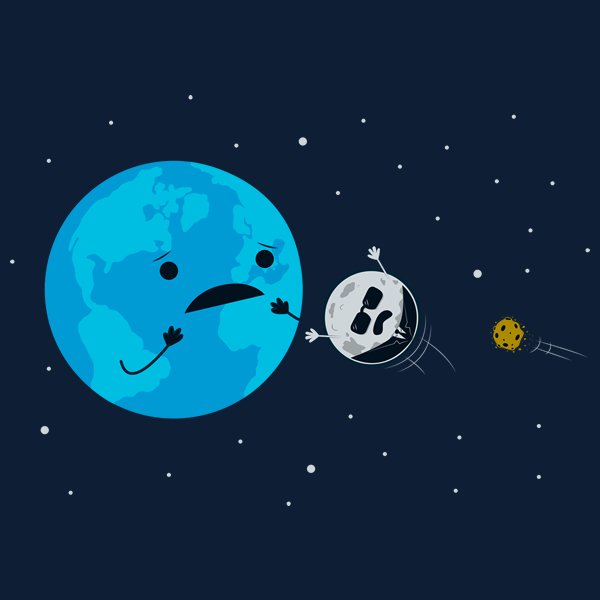 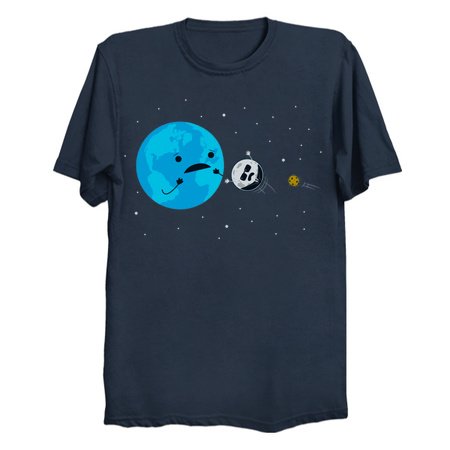 He revolved around his client tirelessly for centuries, during an uneventful period of peace and prosperity for both planets, but when that asteroid came hurtling toward the Earth the bodyguard named Moon jumped into action and saved the day.

There was only one problem with Moon taking an asteroid to the midsection for his client- without the moon things began to get all turbulent and chaotic on Earth’s surface, and Earth began to wish he was dead!

The moral of the story- don’t take a bullet for the one you love, or they may be worse off than if you’d let them get shot.