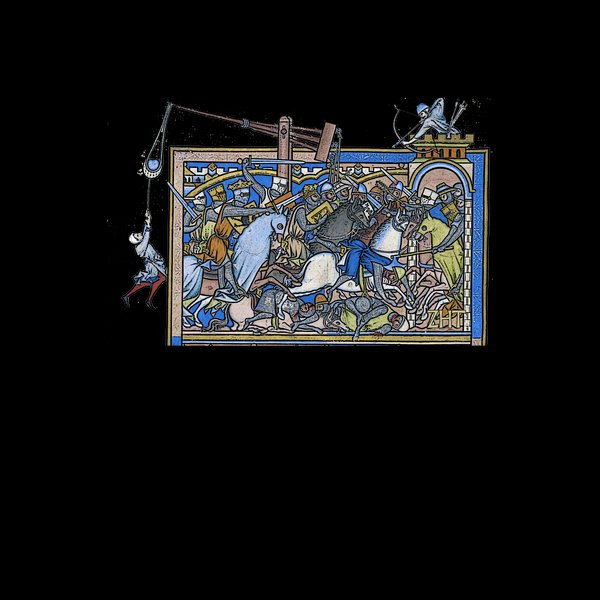 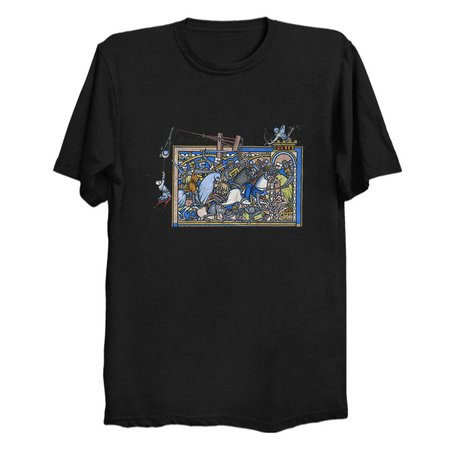 The Crusader Bible by McPitu
It is a medieval picture Bible. Although the Morgan Bible originally contained 48 folios, of these, 43 still resided in the Morgan Museum, two are in the Bibliothèque Nationale de France, Paris, one is in the J. Paul Getty Museum, Los Angeles and two have been lost. The cover that once bound the manuscript has been lost over time. The surviving leaves measure at 32.5 × 29.1 cm (12 13/16 × 11 7/16 in.) In full, the manuscript contained over 380 scenes. It was the work if at least six different artists. The book consists of paintings of events from Hebrew scripture, but are given a setting in the customs and costumes of thirteenth-century France, and concentrating on stories of kings, especially David
Tags: history, bible, medieval, medieval art, middle ages, crusades
SUGGESTED ITEMS
$24.95
Free Shipping Info & Our Quality