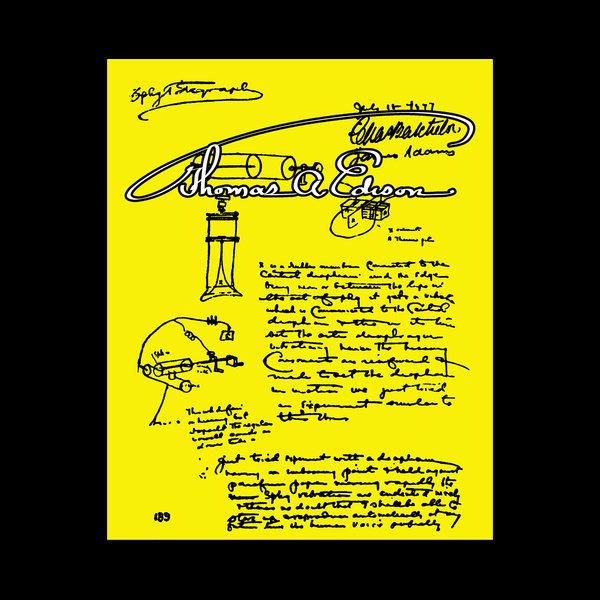 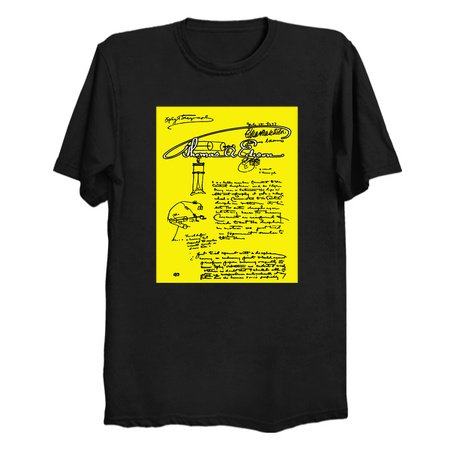 Thomas Edison signature notebook by McPitu
Thomas Alva Edison was an American inventor and businessman who lived from February 11, 1847 to October 18, 1931. In disciplines including electric power generation, mass communication, sound recording, and motion pictures, he invented numerous gadgets. The phonograph, motion picture camera, and early versions of the electric light bulb are among the inventions that have had a significant impact on the modern industrialized world. Working with a large number of researchers and staff, he was one of the first inventors to apply the ideas of organized science and cooperation to the process of innovation. He was the first to establish an industrial research laboratory.
Sale Price: $24.95
Tags: science, american, usa, inventor, notebook, signature, scientist
SUGGESTED ITEMS
Reg. Price: $24.95
ON SALE   $19.95 (Save 20%)
Sale ends in 6 days
$24.95
Free Shipping Info & Our Quality