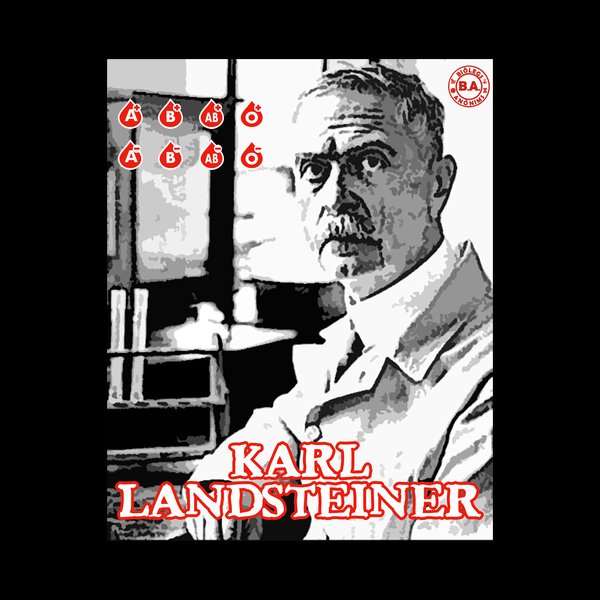 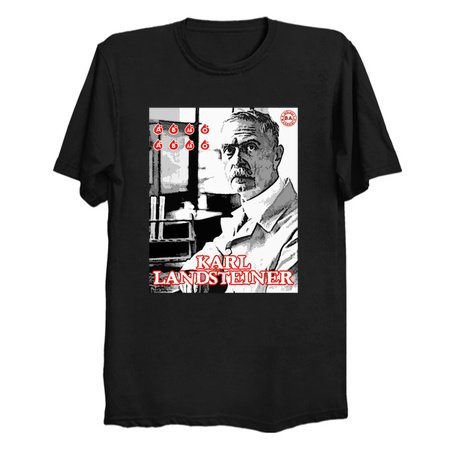 Karl Lansteiner by McPitu
Karl Landsteiner ( 14 June 1868 – 26 June 1943) was an Austrian biologist, physician, and immunologist. He distinguished the main blood groups in 1900, having developed the modern system of classification of blood groups from his identification of the presence of agglutinins in the blood, and in 1937 identified, with Alexander S. Wiener, the Rhesus factor, thus enabling physicians to transfuse blood without endangering the patient's life. With Constantin Levaditi and Erwin Popper, he discovered the polio virus in 1909. He received the Aronson Prize in 1926. In 1930, he received the Nobel Prize in Physiology or Medicine. He was posthumously awarded the Lasker Award in 1946, and has been described as the father of transfusion medicine
Sale Price: $24.95
Ready to place an order? Visit us at https://www.neatoshop.com/product/Karl-Lansteiner or call (877) 632-8370 (or 1-661-298-1206 if outside the United States) M-F 10AM to 5PM. We'll be happy to help!
Tags: nobel, immunologist, biologist, austrian, austriac, blood, science
SUGGESTED ITEMS
$24.95
Free Shipping Info & Our Quality