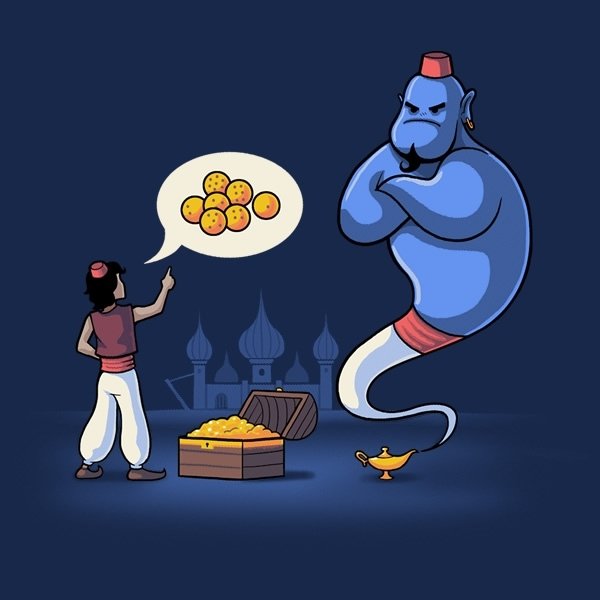 Finding a genie in a lamp can be quite a windfall, but if you push that blue skinned granter of wishes too far he’s liable to turn around and stuff you into his bottle.

Asking for a bunch of orbs capable of imbuing their owner with super strength and bulging muscles is fine, but don’t be surprised when the other guys who found that genie before you show up looking for a fight.

Maybe you’d better save your wishes for after the fight, in case you’re in need of medical attention!