You're Not My Type
Home

You're Not My Type 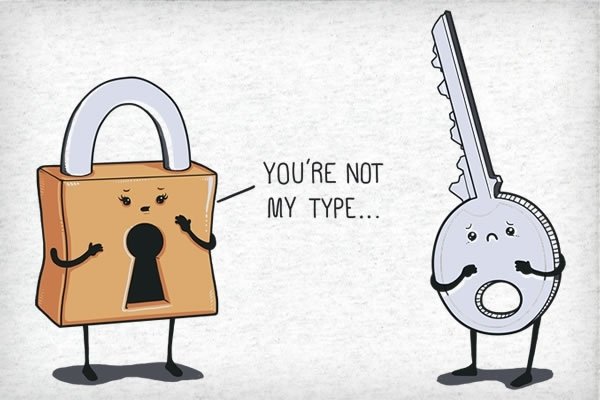 You're Not My Type by Naolito

Becoming a part of a match pair, two halves of a whole, is harder than Keymond thought. For one thing there were all sorts of other lock lovers out there, with all kinds of different shapes and tooth patterns, so Keymond did what he thought was right and went after the first lock that would give him the time of day.

Her name was Lockeshia, and she was magnificent- square but not too square, with a shiny brass body and chrome hair. But when it came time to see if they were a good match Lockeshia discovered that Keymond was not her type, and his teeth