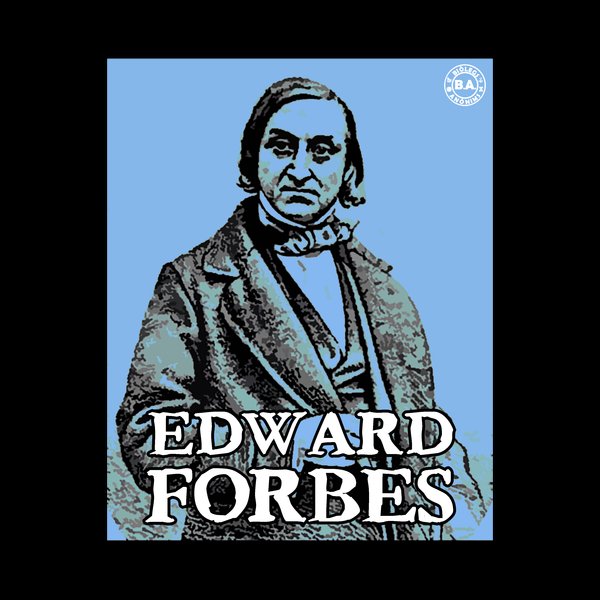 Edward Forbes by McPitu
Professor Edward Forbes (12 February 1815 – 18 November 1854) was a Manx naturalist. In 1846, he proposed that the distributions of montane plants and animals had been compressed downslope, and some oceanic islands connected to the mainland, during the recent ice age. This mechanism, which was the first natural explanation to explain the distributions of the same species on now-isolated islands and mountain tops, was discovered independently by Charles Darwin, who credited Forbes with the idea. He also incorrectly deduced the so-called azoic hypothesis, that life under the sea would decline to the point that no life forms could exist below a certain depth.
Sale Price: $24.95
Tags: biology, science, naturalist, manx, isle of mann, marine biology
SUGGESTED ITEMS
Reg. Price: $24.95
ON SALE   $19.95 (Save 20%)
Sale ends in 6 days
$24.95
Free Shipping Info & Our Quality