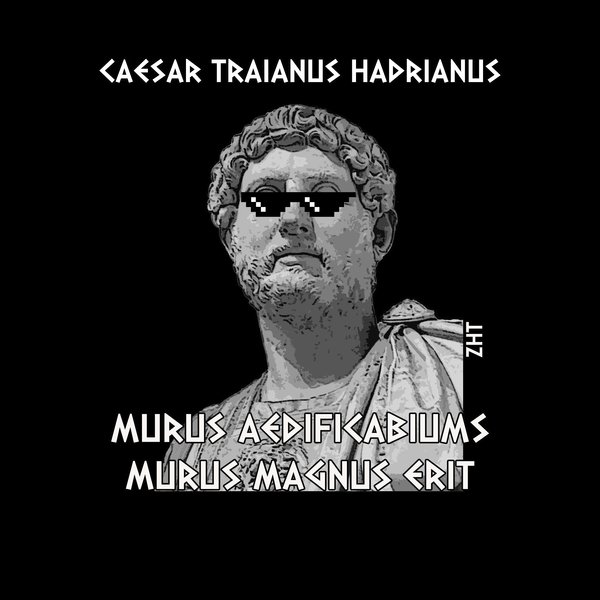 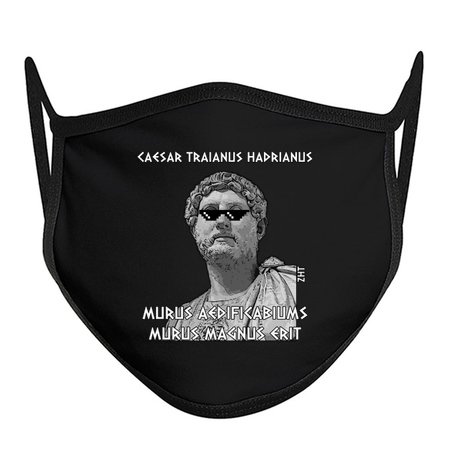 Hadrian ancient rome by McPitu
Hadrian (Latin: Caesar Traianus Hadrianus 24 January 76 – 10 July 138) was Roman emperor from 117 to 138. He was born into a Roman Italo-Hispanic family that settled in Spain from the Italian city of Atri in Picenum. His father was of senatorial rank and was a first cousin of Emperor Trajan. He married Trajan's grand-niece Vibia Sabina early in his career, before Trajan became emperor and possibly at the behest of Trajan's wife Pompeia Plotina. Plotina and Trajan's close friend and adviser Lucius Licinius Sura were well disposed towards Hadrian. When Trajan died, his widow claimed that he had nominated Hadrian as emperor immediately before his death.
Sale Price: $24.95
Ready to place an order? Visit us at https://www.neatoshop.com/product/Hadrian-ancient-rome or call (877) 632-8370 (or 1-661-298-1206 if outside the United States) M-F 10AM to 5PM. We'll be happy to help!
Tags: history, hadrian, hadrian wall, humor, rome, roma, roman empire, roman republic
SUGGESTED ITEMS
$14.95
Free Shipping Info & Our Quality