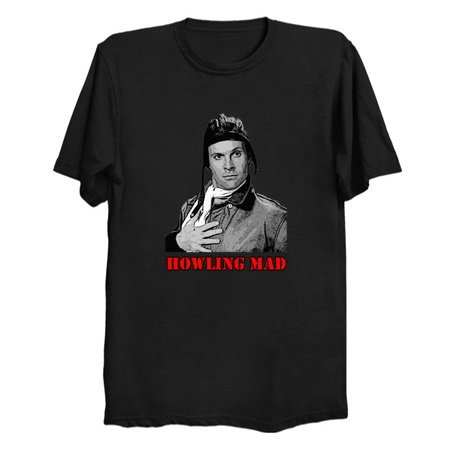 Howling Mad Murdock by McPitu
Captain H. M. "Howling Mad" Murdock, played by Dwight Schultz, is a fictional character and one of the four protagonists of the 1980s action-adventure television series The A-Team. The character of Murdock was almost written out of the series before it aired, as the producers found the character too "over the top". The popularity of the character among the test audience convinced the producers to keep the part of Murdock.
Sale Price: $24.95
Tags: series, television, tv show, vietnam, 80s, action, american, vintage
SUGGESTED ITEMS
$24.95
Free Shipping Info & Our Quality