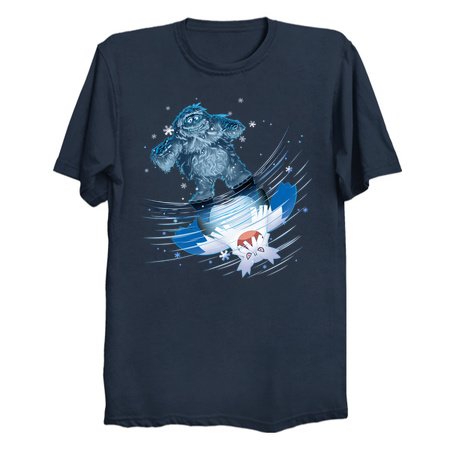 Once, a fearsome creature roamed the snow-covered hilltops known as Bumble the Abominable Snow Monster, having only been witnessed by a handful of unfortunate souls. With an unimaginable roar, he struck icy fear in the hearts of the inhabitants of The North; A warning to all that he was nearing ever closer to usher you through death's door...

Or so we had thought.

Poor Bumble had a toothache. He also had a penchant for Pokémon Go, which led him day and night to locate the elusive Shiny Abomasnow which he thought he had seen one sundown. Unbeknownst to our naive friend, it was a reflection in ice he'd seen of himself. The humble Bumble still dreams of surmounting his own fear of water (even from that of a frozen lake) to catch that Pokémon once and for all.