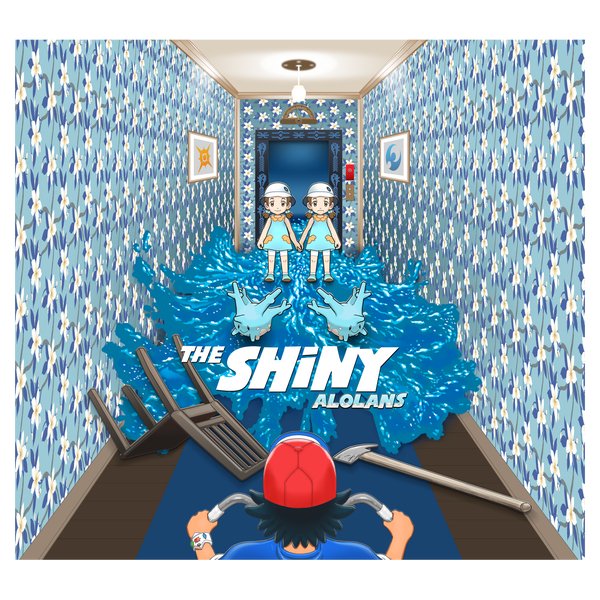 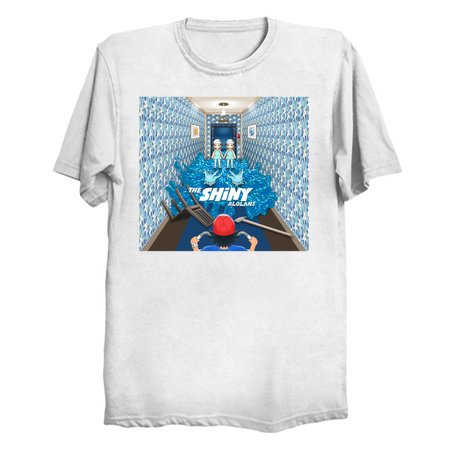 The Shiny Alolans by Ten Tenorio
You'd be hard pressed to find a movie more haunting, compelling, and iconic as Stanley Kubrick's film "The Shining". I'm sure that everyone has some kind of recollection of how the movie affected them personally, and this is mine:

I recall my older cousins recounting the horrific details in private, overhearing in particular what may be the most scary moments on film when Danny turns the corner to see the Grady twins at the end of the hall. To dodge their detection I kept my distance and listened in as quietly as possible, only to inadvertently startle them out of their minds when they discovered me at the opposite end of the hallway just standing there.

As time passed, the movie itself has grown in popularity forever cast in the inherent creepiness of the late 70's and early 80's. The thought to make a Pokémon crossover piece edged into my consciousness very mysteriously. I could feel that there was a hidden connection somewhere. Wanting to understand my autistic son's world better (who loves Pokémon like it was life itself) I started watching the anime episodes and YouTube Let's Plays to catch up on the characters he likes.

And there they were: The twins from Sun and Moon, Sarah and Harper. Was it just an eerie coincidence that they were so reminiscent of the Grady twins? Maybe it was an accidental occurrence but more likely it was deliberate. I put nothing past designers! I'm told they're the really evil ones. =)
Sale Price: $24.95
Tags: shining, stephen, king, kubrick, fantasy, sun, moon
SUGGESTED ITEMS
Reg. Price: $24.95
ON SALE   $19.95 (Save 20%)
Sale ends in 2 days
$24.95
Free Shipping Info & Our Quality